Posted on 21st February 2020 in Blog by Andrew Mitchell

Director Collette Murray explains the story behind Told in Gold, the outdoor theatre companion to The Lost Words. 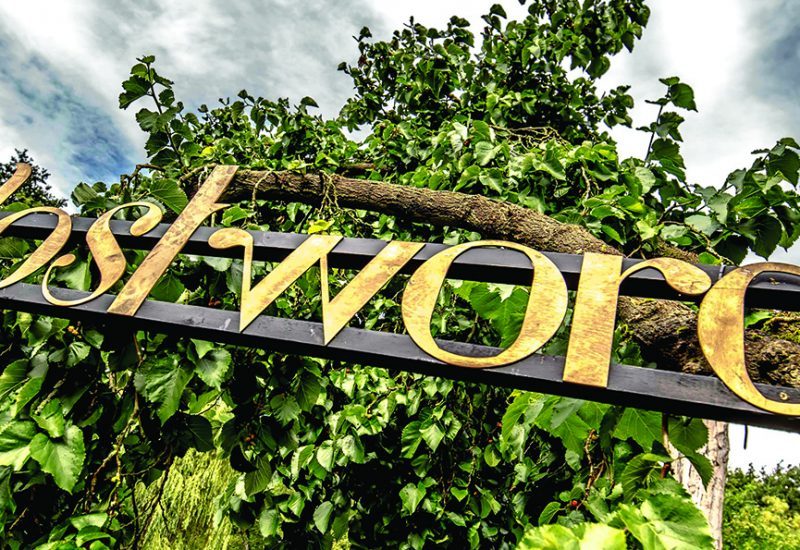 Director Collette Murray explains the story behind Told in Gold, the outdoor theatre companion to The Lost Words.

Three years ago, I was looking at books in Sainsbury’s while my seven year old was studying Lego boxes and my eye was caught by a golden shimmer from the front of an oversized book.

Already charmed by the combination of the shining gold embossed letters and then the title ‘ The Lost Words’, when I opened it and read the first line, “ Once Upon A Time, words began to vanish from the language of children…” I was in.

“How were the words lost? What sad fairy-tale land was being remembered here? Which words were they? And why?”

Over the first forty- eight hours of owning a copy of this extraordinary tome, my son and I pored over Jackie’s exquisite paintings of Britain’s wildlife in which there is always something else to find and Robert’s rolling, lyrical, funny poetic language. Together the effect is that we found ourselves compelled to speak out loud and take on the voices of the willow, the raven, to dance and flit around our house like the kingfisher and to soar arms out stretched like the barn owl across the bluebell wood.  As a theatre maker, voice coach and general champion of children’s capacity to learn and understand deeply, I had never had such a clarion call. 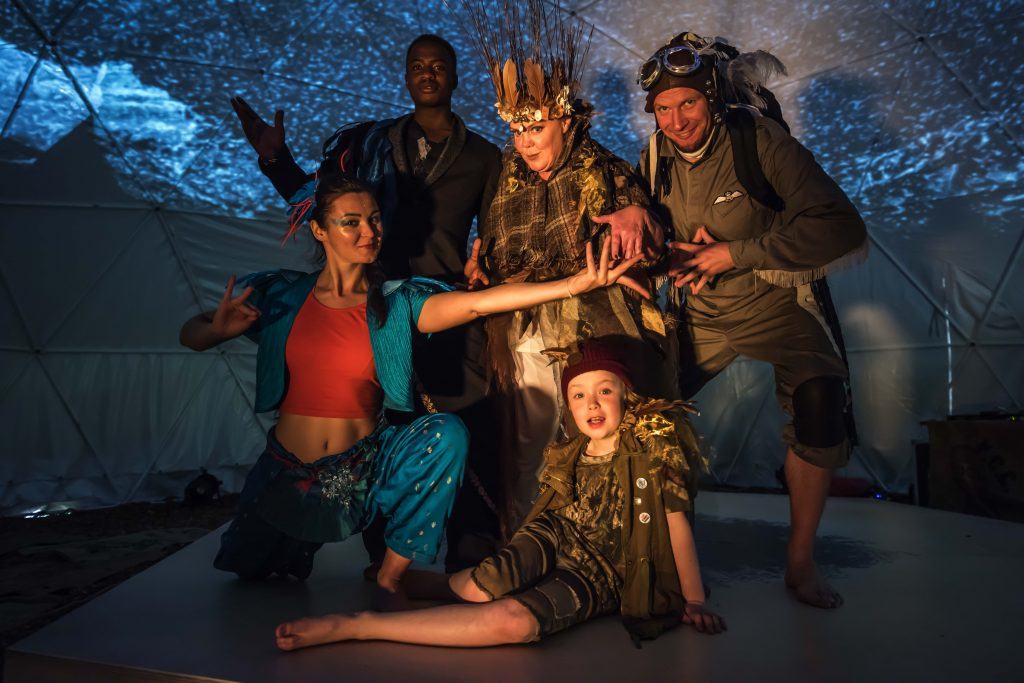 So, I immediately did what I could to get in touch with Jackie and Robert to propose my idea to them – to take their words and images back out into the landscapes they describe – to bring them to life in voice and dance.  I am extremely grateful that they agreed.

With thanks to support from Arts Council England and a successful partnership with three National Park sites, we are now in the third year touring this outdoor production. Each venue is different – woodland, lakeside, urban park.   And the next leg of this journey brings us to a new landscape for us – the rugged beauty of Northumberland National Park.

The Sill is the first environment we will be playing that brings its own incredible knowledge and communication of the notion of Landscape.  Early on in its life, a prominent British theatre director said of The Lost Words, “This isn’t a book, it’s a landscape.”  It truly is.  In particular for our production, playing at The Sill will give one of our characters, The Raven, his true context and landscape. Rocky, hilly, jagged, craggy, the spell of the raven takes us on his flight through time across a landscape that you can see with your own eyes from the roof of The Sill. This landscape is described in the movement of our hip-hop raven dancer – his flips, kicks and jagged movement feels as tough as the life described in the word-spell. 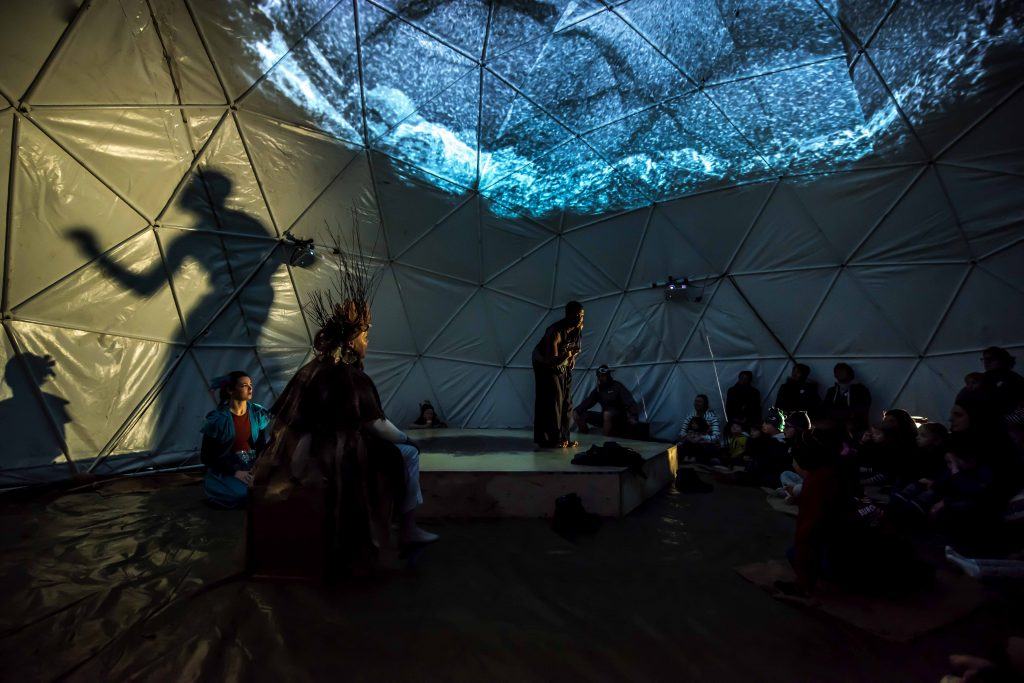 Children learn with the whole of their bodies, not just their heads and I wanted offer audiences a way into feeling and hearing the movement and song in the book’s spells. Making connections between the body, the voice, the heart and the mind’s eye is also a great reminder to us grown-up children that there is joyful self to be found in once again seeing the world from the curious, child’s perspective.

As part of my research, I went to listen to Jackie speak and watch her paint. She spoke with heart of her dismay at the notion that some things are ‘too good for children’ and ‘that’ll do…it’s only for kids’. She said she writes and illustrates books for ‘people…people…some are young people… some are older people…. people.’ I share that sentiment entirely in my work with words, language and story. Children of all ages are competent and curious learners, explorers in their world and need opportunity to move and discover that world. If there’s anything that will remind us all that we were once children, it is the possible glimpse of a Kingfisher or picking up a beauty of a conker. 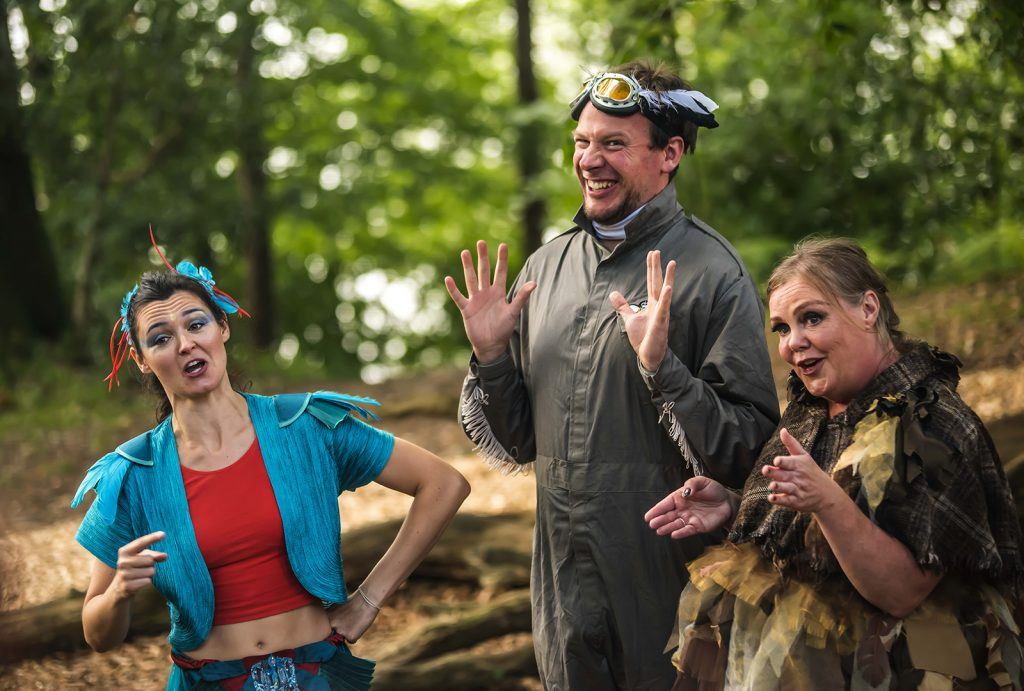 Little did I know that this book and the questions it raises would lead me (and my family, including our pooch) on a touring adventure around the UK that shows no sign of ending soon.

My adaptation of the book called The Lost Words: Told In Gold is carefully brought to audiences with that message in mind – we rarely love what we cannot name.  Naming is a very important human act of self-understanding. And throughout history, humans have named the things that are most precious to them – our children. The things we love most.

Along the way we have gathered a wonderful creative team, cast and crew, and have partnered with Imitating the Dog Theatre Co. in Lancashire who created the stunning projections of Jackie’s paintings in our production. Several recognisable voices from the worlds of theatre, film, television and music have recorded their own versions of the spell poems, and these recordings can be heard playing out from trees, under logs and within the undergrowth throughout our outdoor trails. I’d list the voices here, but it’ll be more fun if you come to The Sill and try to recognise them yourself!

Music is an intrinsic part of our production, and the sublime Spell Songs provides the soundtrack to our production. Written and recorded by some of the most talented folk musicians around, Spell Songs was voted Best Album of 2019 by Songlines Magazine, and is the perfect accompaniment to Told In Gold – we’re hugely grateful to all at Spell Songs for allowing us to incorporate their beautiful music into our show. 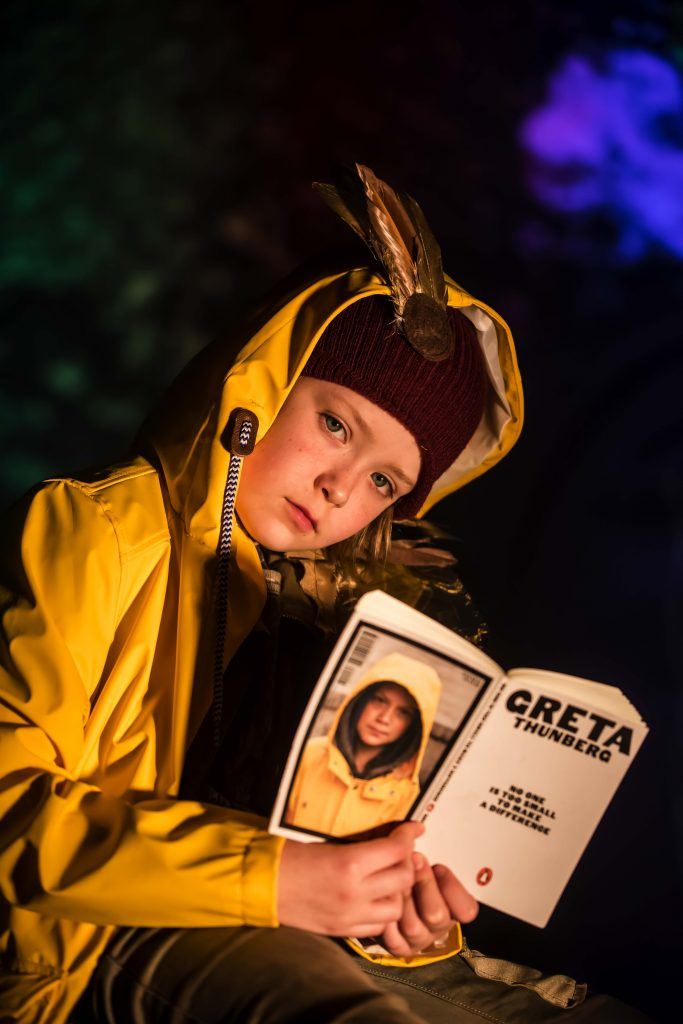 The seven year old I mentioned earlier is now nearly ten – and he’s in the show. He plays The Goldfinch Kid who offers the story from a child’s point of view – the only most important viewpoint, one could argue. A Greta Thunberg character, the Goldfinch kid leads and shares the story with his nest visitors, The Barn Owl, The Kingfisher, The Heron and The Raven – they meet in the nest for a summit …. you’ll have to come and see it to find out more…..

As I wrote earlier, this production is a real family affair – my husband is co-producer. We each fell in love with the book for different reasons but the thing that brings us together is our incredible cast of actors and dancers who have each taken the book to their own hearts.

Find out more about The Lost Words Festival: https://www.thesill.org.uk/