Posted on 3rd August 2020 in Blog by Andrew Mitchell

Activities Support Officer, Clare, reflects on a visit to Northumberland National Park for some trail running fun with this long read. 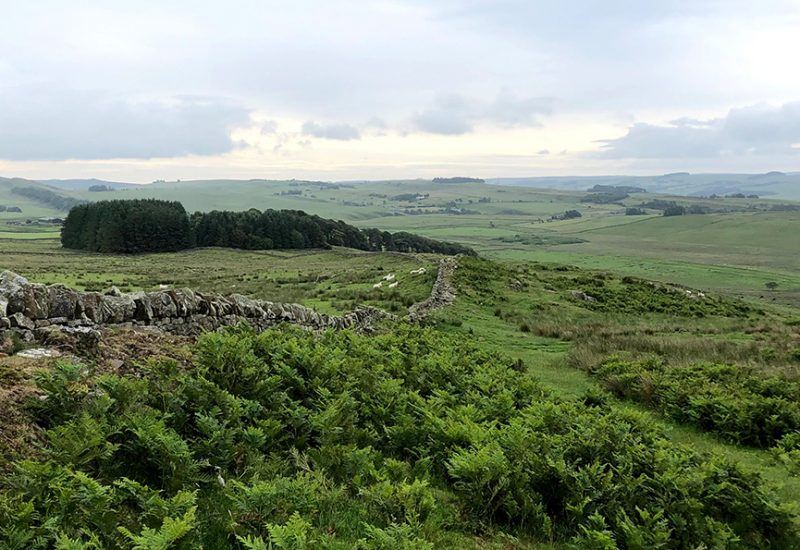 I have a love-hate relationship with running. Mostly, I love it: for example, I love the ‘me time’ it offers, the mental and physical wellbeing it brings and the sense of achievement I experience when I’m done. The bits I hate? Dragging myself out when the weather isn’t great, or feeling disheartened when I don’t see an improvement (or ‘worse’, a slowing down!) in my pace. Recently, with the COVID-19 pandemic and ensuing restrictions, I struggled at times too with not being able to meet with my running club or being allowed to travel to run in much-loved or new-found places.

But generally with the pandemic, my relationship with running has been more firmly in the ‘love’ camp than previously – it’s been one of the key things I’ve done to help keep some element of normality to my life; and with working from home, I’ve been able to put more time and effort into my training because I’ve not had the twice-daily commute. I live in a semi-urban area, so much of my running is and has been roads. Before all of this, however, I’d been growing something of a love for trail running and it had felt like that had definitely been lacking in the last few weeks.

I started working with Northumberland National Park Authority in mid-March. I was excited to be working in such a wild and beautiful location, and had grand plans for lunchtime or post-work walks and runs from The Sill. As many will appreciate, home working followed by lockdown put paid to those ideas. Whilst I kept up my running, and it was certainly something that helped keep me going, I was desperately keen to get out and explore some new places.

With lockdown eased, I made plans for a run in a new location – the roads from home had gotten overly familiar, and I was after something a bit more thrilling. So, very early one morning I found myself parked at Walltown kitted up and ready to run along Hadrian’s Wall Path. I had my route planned and loaded on my phone, my running vest packed with water and a couple of energy gels, and a Thermos with tea waiting in the car ready for my return.

It was a cool morning and a little damp underfoot. As I set off along the path, I noticed that all I could hear was the crunch of the grit under my feet and the odd hint of bird song from the nearby trees – what peaceful bliss! I continued up towards the farmland stone wall, which I crossed before turning left and ascending towards Hadrian’s Wall. 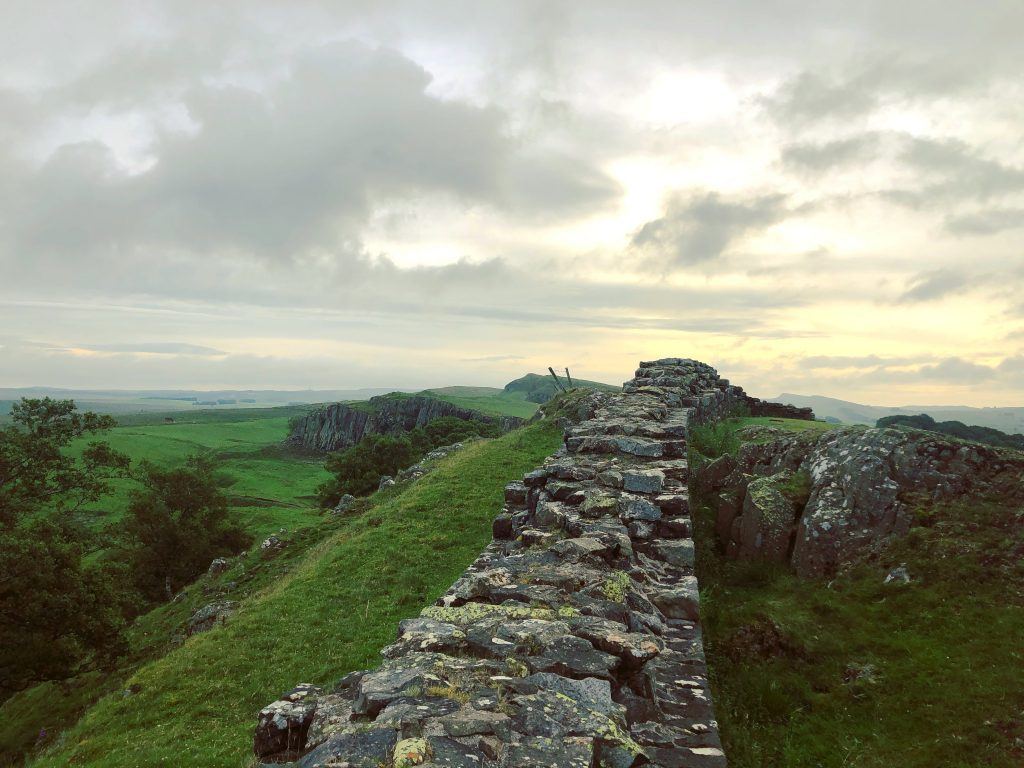 I took a moment on reaching the top to take in my surroundings. Trail running is equal parts about the run and about the experience: I took my time to appreciate where I was and what I could see, hear and smell. No-one else in sight, no sounds now but the whistling of the wind and an amazing sense of being somewhere that so many others, from the ancient to recent past, had been before me. 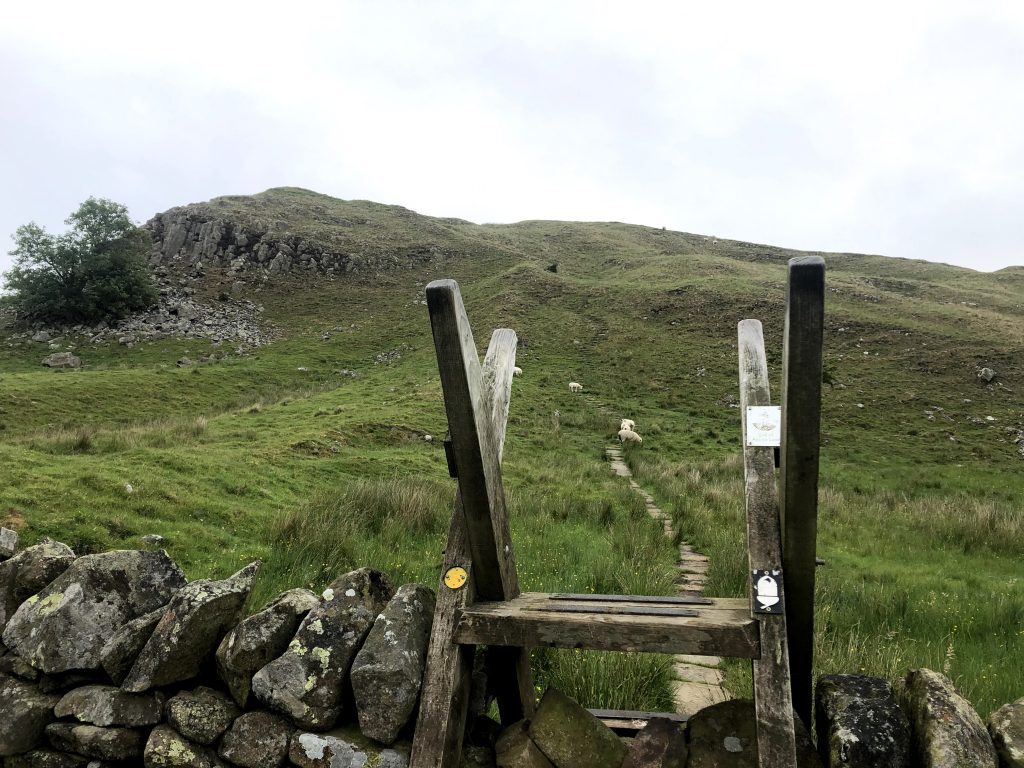 My route followed the line of the Wall, both actual and remains of. At times the terrain was nicely level and I could get a decent pace going; at other times, stones jutted out or there was a descent to negotiate, and so my pace slowed. The longer grass quickly soaked my trainers with morning dew, and the patches of bracken and occasional thistle had to be negotiated or their scratching born. Again, this was all part of the experience and the thrill of the variety spurred me on. Crossing ladder stiles and ascending over the undulating landscape, I felt wonderfully removed from life – I was out in the land, surrounded by rugged, wild and beautiful landscape with only the sheep and cows grazing in the fields around me for company. Not that they were much company, of course – they mostly eyed me with suspicion as I trotted past or swiftly moved further away. 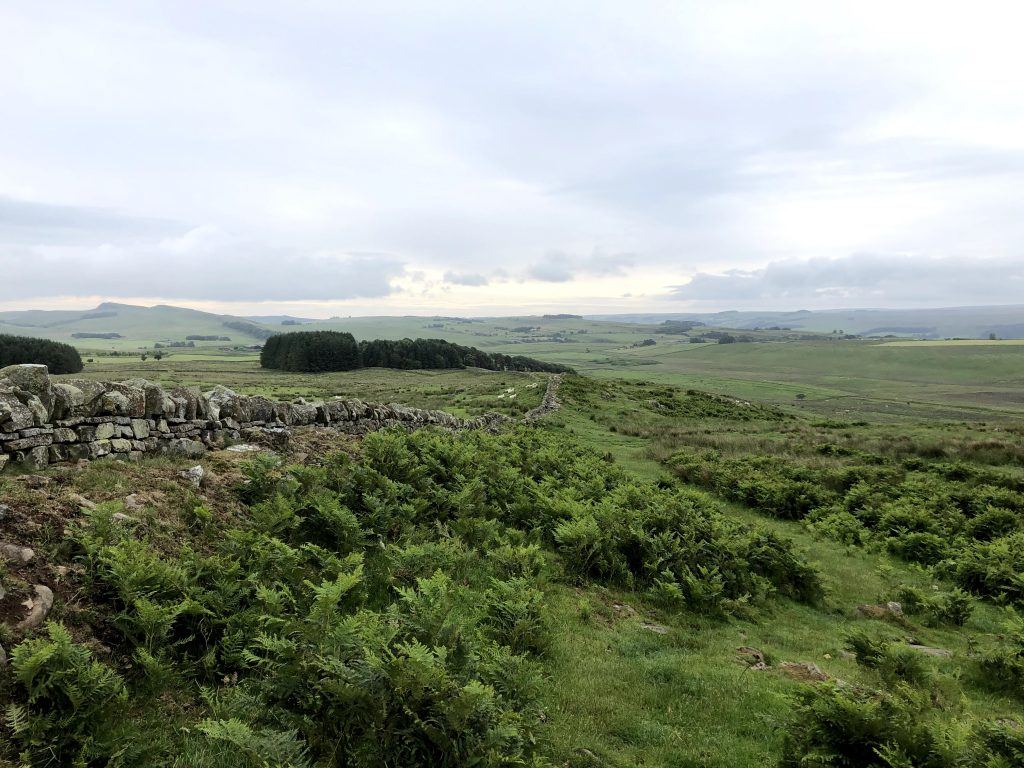 After a time, my path entered a small section of pine forest. To suddenly be surrounded by a woodland felt a little weird after the openness of the earlier landscapes, but the path was now much more consistent so I could get a more consistent pace going. The real highlight, however, was the two rabbits who, for a short time at least, joined me in my run before darting off into the undergrowth after I somewhat rudely disturbed their peaceful enjoyment of the morning.

Reaching the end of the woodland, I followed a track down from the nearby farmhouse to join another track, turning right to start my return journey. Even here, away from the Wall itself, there was much to take in and enjoy. Sheep littered my route; the sound of a nearby cockerel chimed regular announcements as I continued forward; beautiful farmhouses appeared from the landscapes only to disappear again as my route undulated and hid them from my view. I passed the remains of an old lime kiln and pondered on the variety of human interactions with and use of the land that was around me. 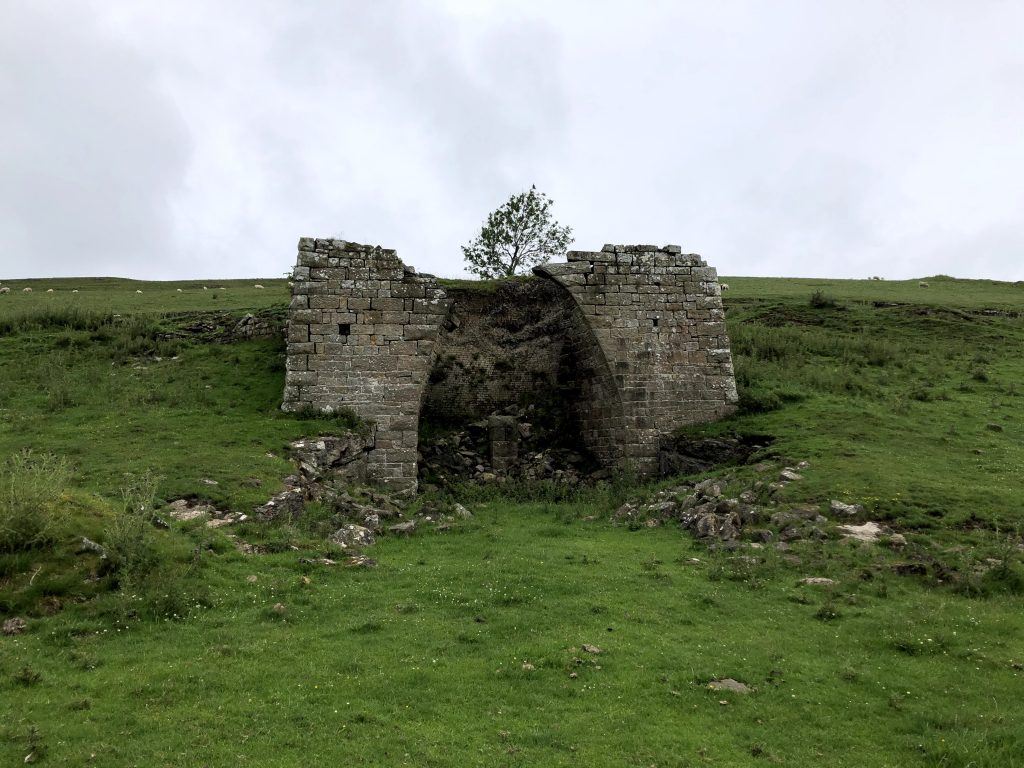 There were several cattle grids to negotiate on the track, but these too provided me moments to pause and reflect – or, more accurately, to photograph where I was. The sky had brightened since I’d first arrived and the day was really starting to kick into gear. The change in light on the things around me – the stone walls, the trees, the grassy ground – certainly added to the bucolic feeling of. 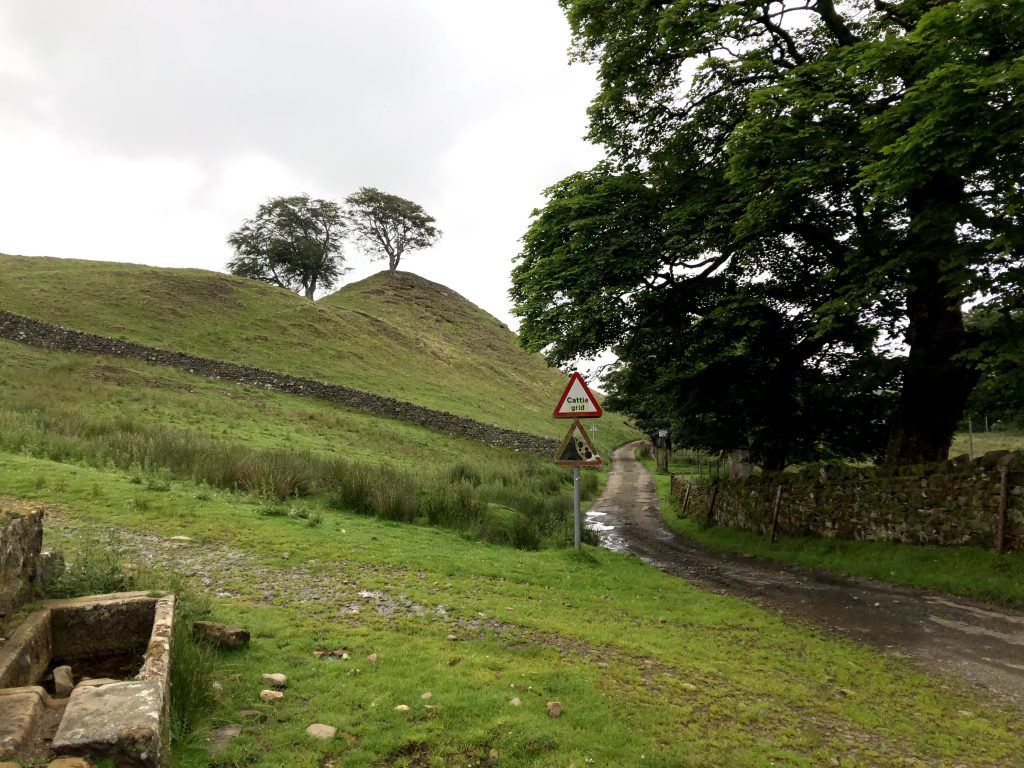 The final stretch was along a well-paved road, which I followed for ease over anything else. It would have been possible, on reaching the final cattle grid, to have followed a woodland path that ran parallel to the road, or to have retraced my steps to the path that first brought me up to Hadrian’s Wall; but that Thermos was now firmly on my mind. Rounding the corner back into the car park, the welcome sight of my car and the promise it held within – tea! – spurred my final strides. Finishing, the sense of achievement was palpable – but so too was the rush of adrenaline in having finished my first trail run after lockdown. And what a place to have done it!